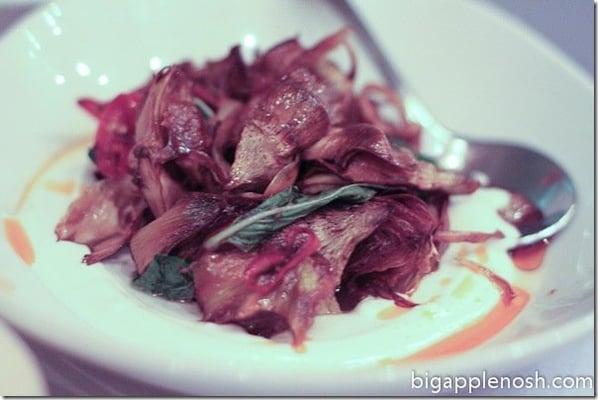 I recently had my first taste of Lebanese food at ilili, with an eating buddy who was familiar with this cuisine.  I love eating with “experts” in cuisine types – I just sit back and let them order.  We ordered several dishes to share, and each was delicious.  We first started with beverages: 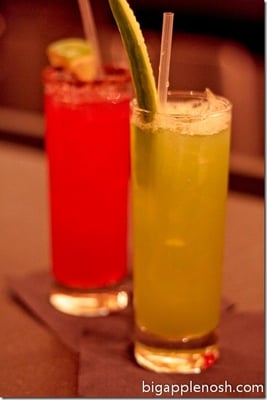 I ordered a virgin Fresh Meadow with mint, cucumber and ginger while eating buddy ordered the Poison Sumac Margarita, with tequila, orange liqueur, pomegranate juice, lime, and sumac.  They were both refreshing.  I’ve been favoring more herb-y vegetable-type drinks lately, so the cucumber hit the spot.

We started with complimentary flatbread crackers and labne (strained yogurt cheese), drizzled with olive oil and garnished with olives.  I hadn’t had labne before – it is tangy, creamy and goes well with the savory crackers. 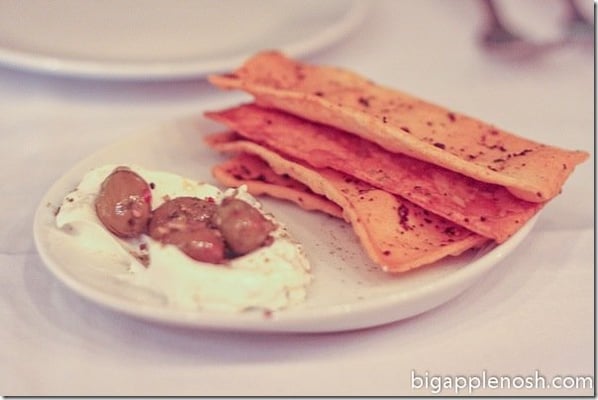 Our first dish was hoummus, which is not only good but good for you. The taste was enhanced by strong olive oil and what I believe was sumac. 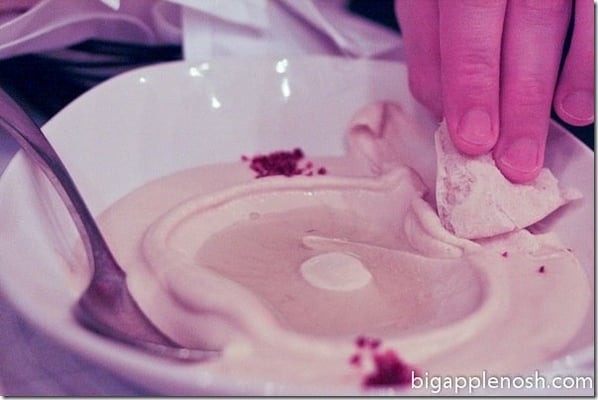 And what accompanied the hoummus? Soft, pillowy pita, warm from the oven: 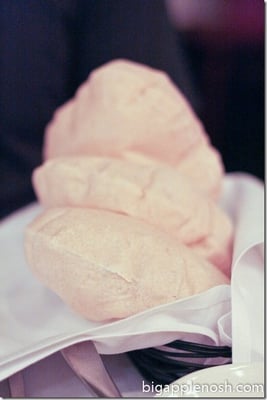 A far cry from the tough, dry pita pockets from my local grocery store, these pita were light and airy.  I ate them quickly so they wouldn’t get cold, and the waiter replaced the basket.  So I ate them again.  And again.  Dangerous game.

We also had artichokes with red finger chili, mint and labne tahini to start (first picture).  I love artichoke, and this preparation showcased the tangy flavor of this vegetable.  There was a slight sour flavor that I couldn’t quite place – not unpleasant, but a bit unexpected. 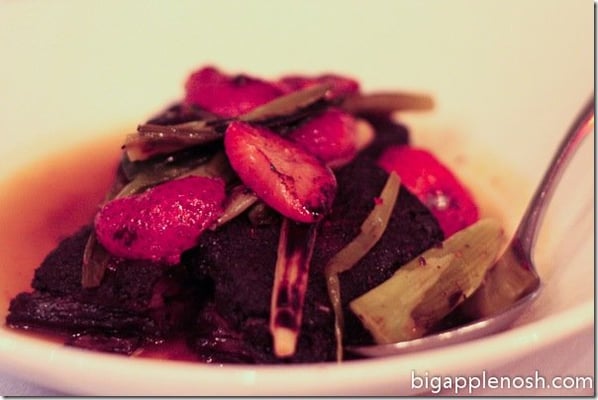 Lamb is generally not my meat of choice, but this dish was tender and not gamey at all.  The strawberries added a sweet and summery touch to the hearty ribs.

We also had the beef shwarma. Similar to a pita or soft taco of Greek or Mexican cuisine, shwarma consists of seasoned meat with vegetables (usually onions and tomatoes) and wrapped in pita.  It was delicious, and I especially liked that it reminded me of an ice cream cone – one-track mind, that’s me. 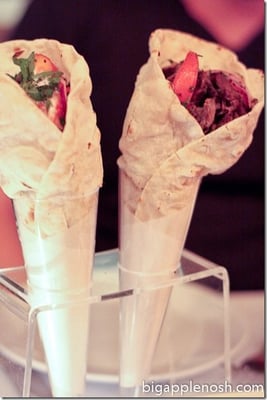 For our fish dish, we ordered the Branzino a la Plancha with tahini pepper sauce.  I admit that I was a little full by this time, but I had to give this fragrant dish a try. 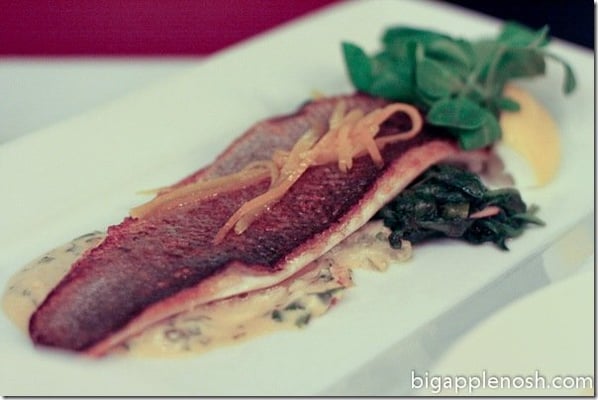 I loved that the fish was so thinly filleted, allowing for a crispy skin and tender and juicy meat.  The tahini pepper sauce added a tangy counterpoint to the savory skin.

Ok, so I know I had mentioned I was full by this point, but I ALWAYS have room for dessert. Always. It’s a little scary, actually.  For a sweet ending, we had the Kanafe: 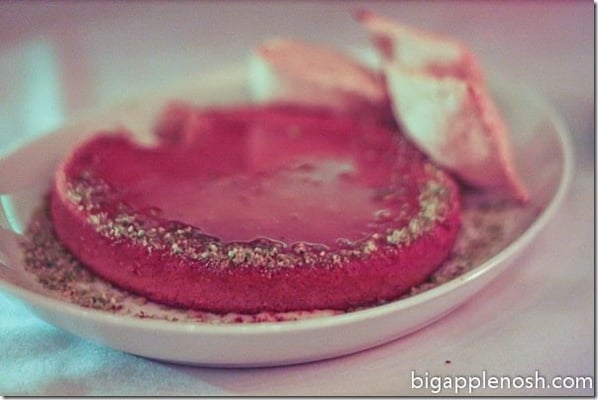 Usually consisting of finely shredded phyllo with Nabulsi cheese, and drizzled with rosewater syrup, this traditional dish is my eating buddy’s absolute favorite dessert – when prepared correctly.  Unfortunately, this apparently was not the best preparation.  Me, not knowing any better, still gobbled it up.  However I’m now tempted to find a traditional recipe to make it myself – an upcoming post, perhaps?

Overall, I had a delicious and satisfying meal at ilili.  I love trying new cuisines, and I was not disappointed.  Sampling foods that are new to me, such as labne and sumac, is always satisfying, and I look forward to learning more about other dishes from this part of the world!

What new cuisine should I try next?