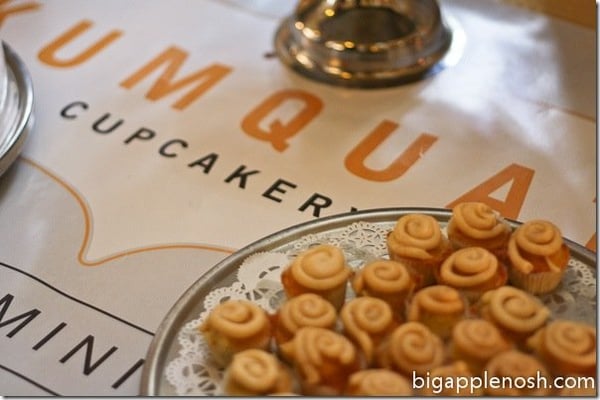 The third stop on my mission to try all the cupcakes in NYC was Kumquat Cupcakery, which has a table at the Brooklyn Flea.  Featuring bite-sized cupcakes in both traditional and novel flavors, Kumquat offers a rotating flavor selection.  I tried the maple bacon cupcake a few months ago, and it was deeee-lish!  Hmm, what would I try this time?

It was a difficult decision, but in the end, I picked the Peanut Butter Banana Honey.  Consisting of banana cake topped with peanut butter frosting and drizzled with honey, this bite-size delectable treat was moist, flavorful and disappeared all too quickly. 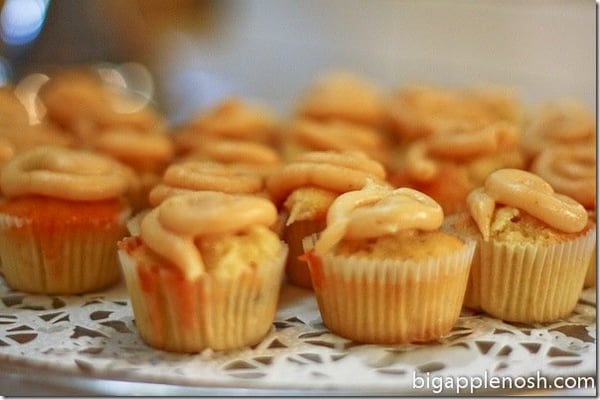 The cupcakes are small enough that you can sample several flavors, but I had more eating to do that day.  However, I’d love to return to the Kumquat table to try some other interesting combinations, such as coffee caramel bourbon, lemon & lavender, and chocolate orange.   I’ll be back…

Kumquat Cupcakery
At the Brooklyn Flea

Read about the previous stops on my cupcake tour:
Billy’s Bakery
The Cupcake Stop