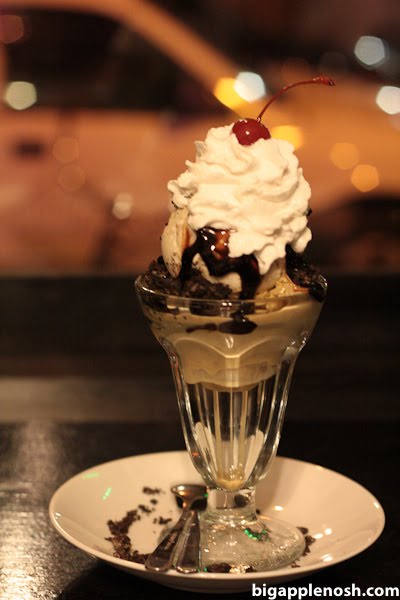 I admit, when an eating buddy suggested a vegan, non-dairy dessert place, I cringed a bit.  I consider myself pretty adventurous when it comes to food, but ice cream is supposed to be full of dairy fat, eggs, and other decidedly non-vegan elements.  Still, I was intrigued, so I gave Lula’s Sweet Apothecary a try.

The first thing I noticed was the myriad of options, both in terms of flavors: 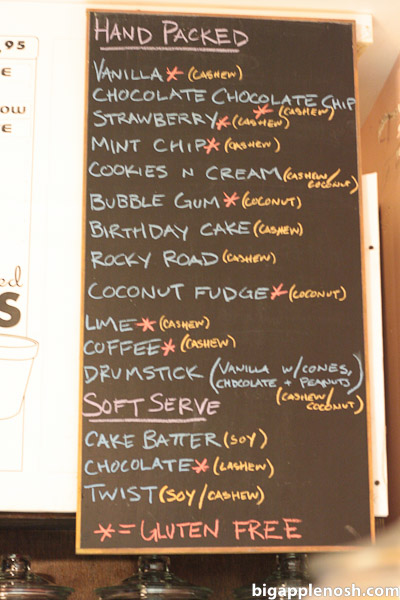 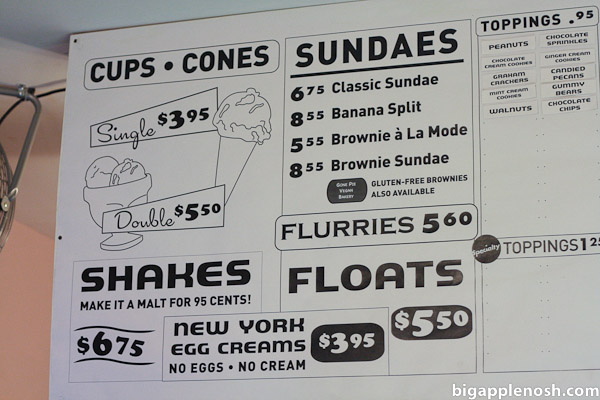 Eating buddy and I shared a classic sundae with crushed chocolate cream cookies (like Oreos, but vegan I guess?) and hot fudge.  For flavors, we chose coffee and drumstick. True to its name, Lula’s toppings were stored in old apothecary draws and containers – super cute!  Our sundae is being created here: 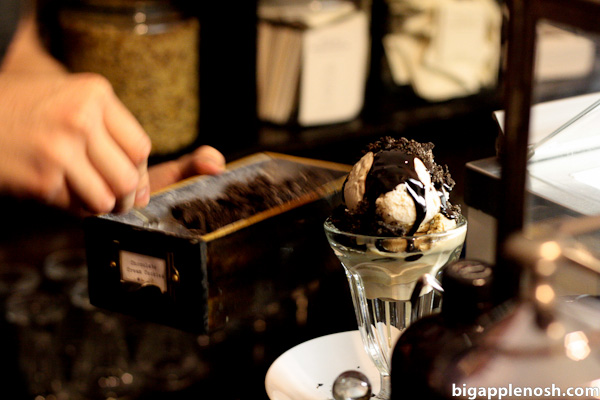 Okay, so it looked like your average sundae, but how did it taste?  Using my nifty flat spoon, I dug in: 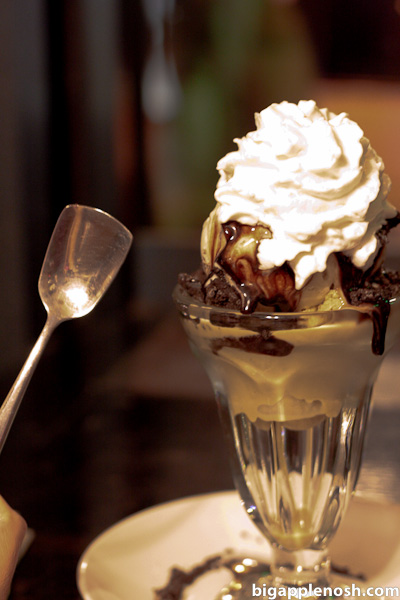 …and it tasted pretty good!  Now I definitely won’t mistake it for the “real” thing – the whipped topping was made of coconut, and I could definitely taste that.  And the “ice cream” (I actually don’t know what it’s called, I didn’t see any mention of names.  Frozen dessert, perhaps?) didn’t really melt as quickly as one would expect.  If you’re looking for an exact replacement for your traditional ice cream sundae, this won’t be it.  However, on an absolute basis, Lula’s sundae was pretty tasty and worth a try.  If you’re looking for a vegan dessert option in the city, give Lula’s a chance.

A vegan friendly dessert option in the East Village.