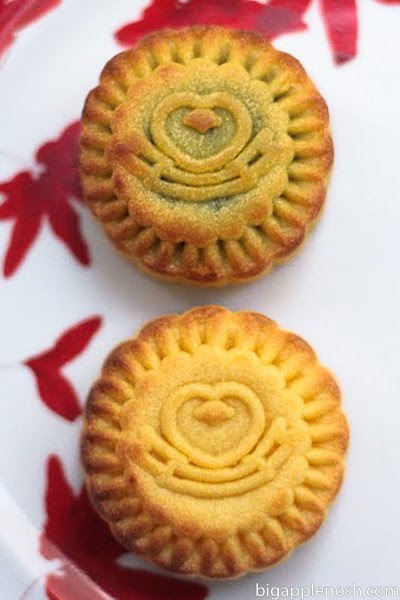 I know I had said that Hainanese Chicken would be the next stop on my Scrumptious Singapore journey, but I forgot that today is the Moon Festival!  What day would be more fitting to share the popularity of mooncakes with you?

Mooncakes are consumed once a year, during the Moon Festival (or Mid-Autum Festival, or as I recently learned – the Mooncake Festival. I like that last one best!).  A harvest festival harkening back more than 3,000 years – supposedly on this night, the moon is at its fullest and roundest.  And I am also at my fullest and roundest as I eat mooncakes to my heart’s content.

Growing up in the US, my mom would buy a box of 4 mooncakes during the Moon Festival, and we’d divvy and devour as a family.  We ate the traditional cake of lotus seed and salted egg, which was one of the few varieties available in NYC until recently.  In Asia, the festival is much more popular.  So, it was super cool to see a downright mooncake madhouse in Singapore!  See for yourself: 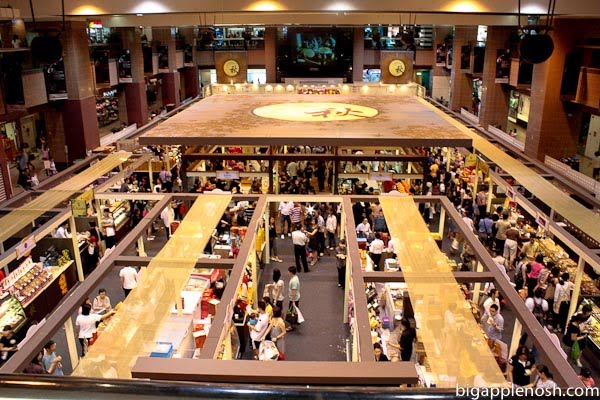 Yes, that is a pop-up mooncake market in a shopping mall, featuring more than 30 vendors selling all varieties of mooncake!  Among the varieties I saw were sesame, custard, chocolate, durian (I passed on that one),  chicken, mochi, red bean – and that was just the first few stalls.  Additionally, mooncakes were sold in hotels, supermarkets, given away with certain meals or store purchases – the list went on and on.  Even Haagen-Dazs sold ice cream mooncakes!

My parents brought me back too mini mooncakes from Hong Kong (first picture) – green tea and sesame.    I’ll be relishing them with gusto tonight!

What variety would you like to try?  If you could suggest a mooncake flavor, what would it be?