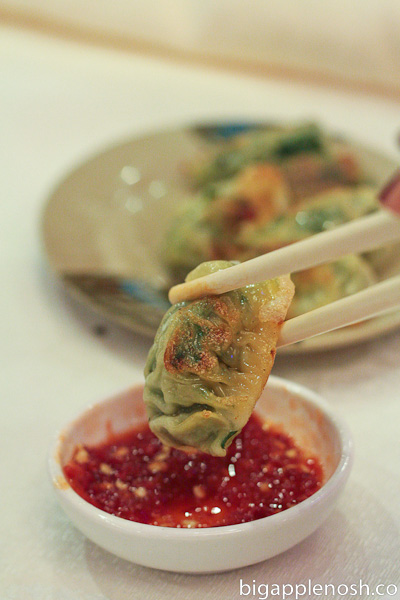 In a NoshGirl first, I’m reviewing a restaurant that I don’t *really* know the name of.  See, I go for dim sum a lot, and I’m pretty familiar with most of the popular restaurants in Chinatown.  A few months ago, a friend’s father suggested “King’s Seafood” to me.  I went. It was good.  I went again, and King’s Seafood had disappeared.  Sadsies.  A few weeks later, J&B Seafood popped up in its place. So I went, it the decor was the same, and the food was still good.

A few weeks after THAT, the restaurant was called New J&B.  Still good, same decor. What gives?  Anyway – as I write this, the restaurant is called New J&B. By the time you stop by, it will undoubtedly have a different moniker.  But let’s talk about the food, shall we?
For the initiated, dim sum is an indecisive person’s dream come true.  You can order a bunch of different small plates, each with 3 or 4 pieces to sample.  If you don’t like something you ordered, no worries – it wasn’t too expensive and there’s probably someone in your party who will gobble it up.  With dim sum, you can afford to be adventurous.

There are a few “staple” foods that I order when trying a dim sum place, to establish a means of comparison, if you will.  The first is the har gow, or shrimp dumpling, below: 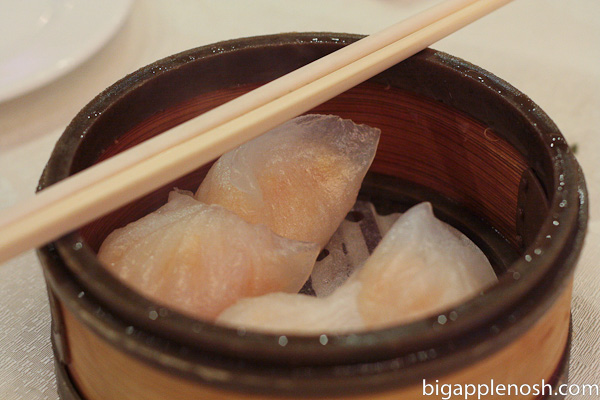 The other dim sum dish that I regularly sample is the steamed pork bun: 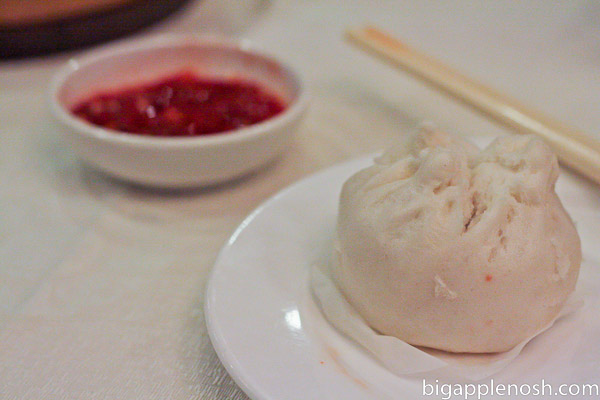 Although I am a bigger fan of the baked variety (with a sweet-glazed bread), more dim sum joints offer the steamed version, allowing me to compare apples to apples, or um, pork buns to pork buns.  While J&B did well on the soft, pillowy steamed bread, the roast pork filling inside was a little too sweet and cloying.  I’ll skip these next time.

I rounded out my dim sum sampler with a personal fave, the gow choy gow – or garlic chive dumpling: 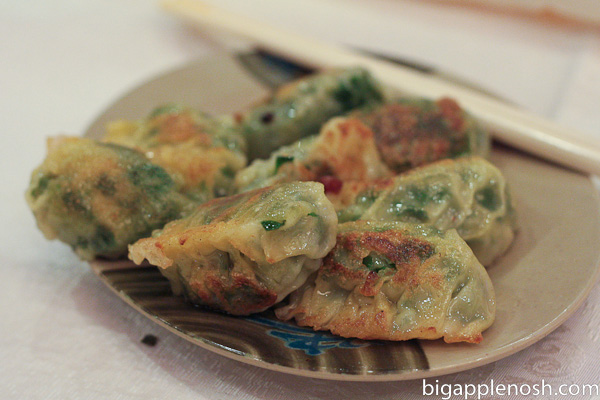 The garlic chive is different from the American chive in that it has, well, more of a garlicky flavor.  A bunch of places sell the gow choy gow, but J&B was frying them to order: 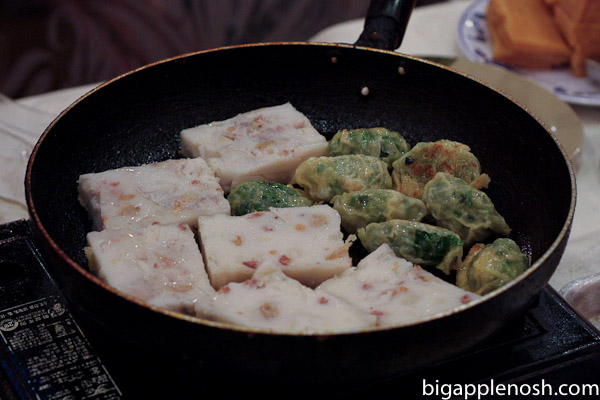 This is key.  You’ll occasionally see these babies piled up on a pushcart, lukewarm.  Stay away.  While I’ve had a tepid gow choy gow before, it’s not ideal.  Stick to the fresh-fried ones and you’ll be golden.  J&B’s were very well done, with a dip in chili sauce (first picture) to round out the savory flavor.  Yum!

The bill for eating buddy and I came out to less than $10, woohoo!  And to prove I’m not making this up about the name shenanigans: 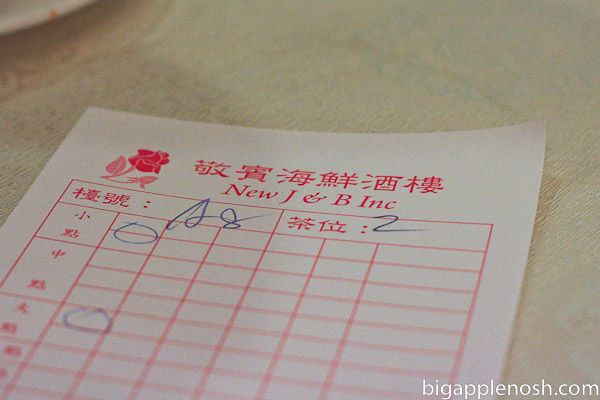 I’d like to try a few more dishes at J&B to determine its place on my dim sum hit list.  But at these prices and the relatively short wait, I’d recommend J&B (or whatever it’s called!)

Good dim sum. Now if they could only decide on a name…

Have you had dim sum before? What are your favorite dishes?