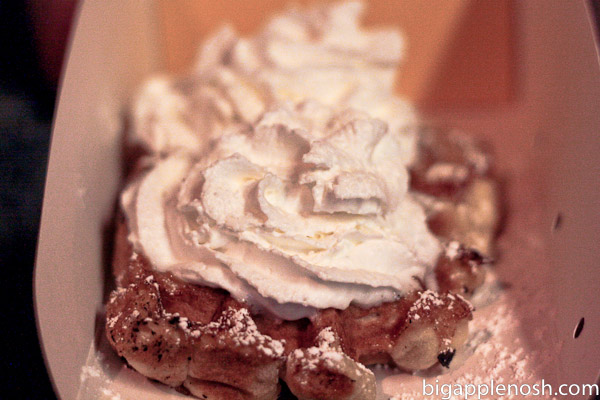 In the days of warmer NYC weather, I was wandering around the East Village with my friend Laura and her hubby Steve.  We were food-hopping, having stopped by an izakaya on St. Mark’s and for some pierogi and latkes at Veselka.   On the way back to the subway, we passed by the Wafels & Dinges truck, so OF COURSE we had to stop!  Wouldn’t you also stop for this shiny yellow truck? 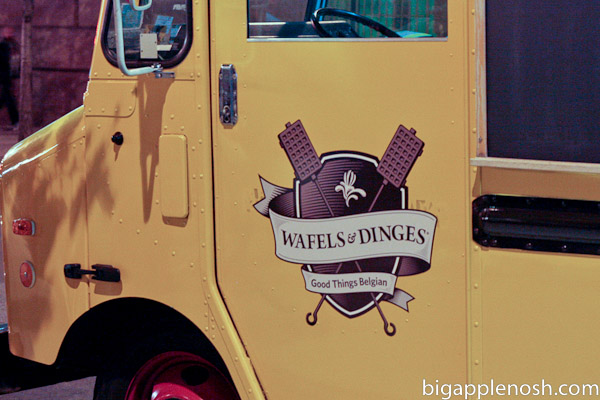 You may recognize Wafels & Dinges from Bobby Flay’s Throwdown, where they showed Bobby who was waffle boss.  The menu prominently displays the wafel that won them that competition: 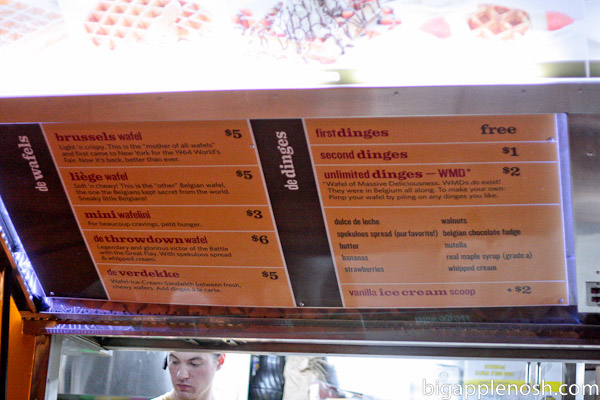 So OF COURSE I had to try it! People love their wafels & dinges so I had to wait a bit.  The good thing was that I got a fresh, hot wafel. Yes, they make them fresh in the truck!  Here are some balls of dough, patiently waiting to be made into yummy wafels: 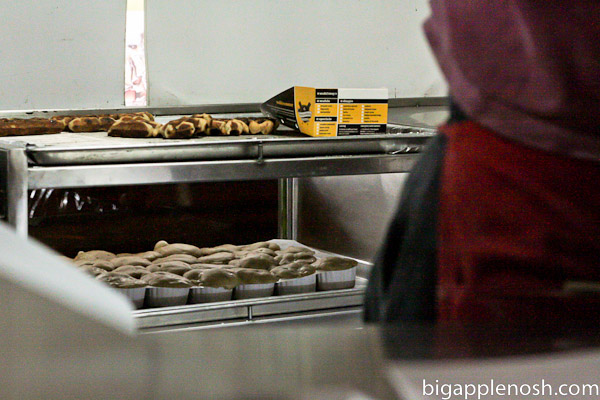 Glub glub. I want to eat that.

So I waited patiently for my wafel, entertained by jars of Spekuloos.  (By the way, have you had spekuloos before? It is diviiine!  It tastes like creamy, cinamonny, gingerbready goodness.  I recently picked up some faboo spekuloos cookies in the Amsterdam airport.  Twice.  Anyone got a spekuloos cookie connection and want to hook me up?) 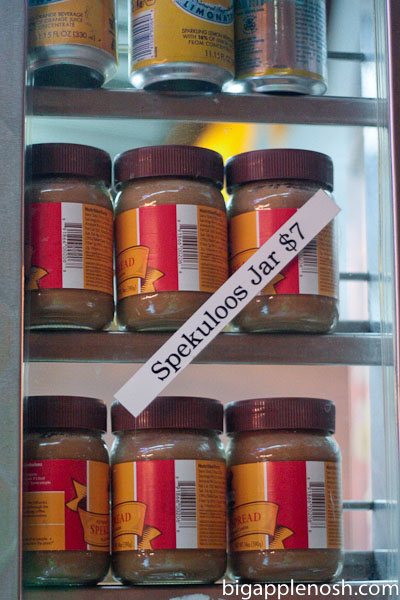 Aaaanyway, I finally get my hot little hands on my throwdown wafel and it. is. awesome!  The wafel is hot, chewy on the inside, crispy on the outside and not-too-sweet.  The whipped cream is a light and easy complement to the rich, creamy spekuloos spread.  I almost went back for a second, but I showed restraint (after the Japanese food. And latke. And wafel. Yeah, that’s restraint). 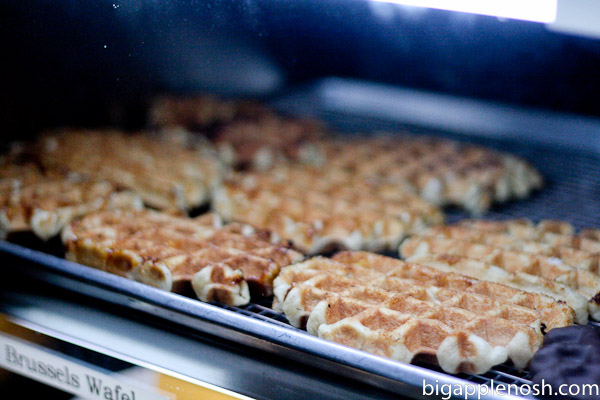 Wafels & Dinges is an indulgent but affordable dessert, with freshly made fare and friendly owners.  If you see this sunny yellow truck around your neighborhood, definitely check them out.