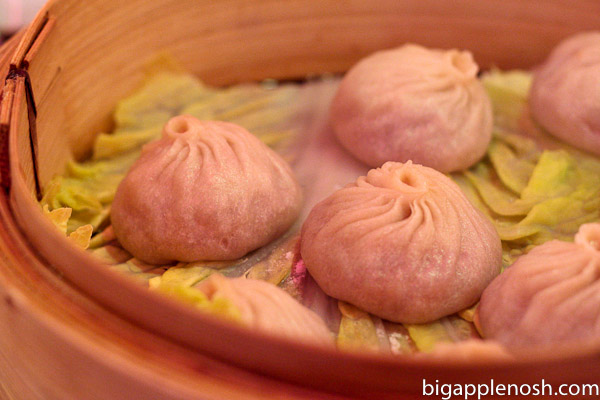 So Joe’s Ginger is actually the less famous sibling of soup dumpling powerhouse Joe’s Shanghai, but I much prepare the former.  Is that weird? Oh well. What is a soup dumpling, you ask?  Well, the real question should actually be: What isn’t a soup dumpling?  Ok fine, there are many things that aren’t soup dumplings, but the very soupy-ness of these dumplings are what make them stand tall above the crowd.

Soup dumplings, or xiao long bao, are juicy scrumptious pockets usually containing pork (but occasionally seafood) and a spoonful or so of “soup” – a rich, fatty broth.  When adorned with the traditional condiments of ginger, and vinegar, xiao long bao are staying, satisfying and invariably guarantee a burned tongue.  The consumption of these tricky morsels requires finesse, or the UNTHINKABLE happens – the dumpling bursts, spilling that precious soup all over the bamboo steamer.  Wasteful, wasteful. 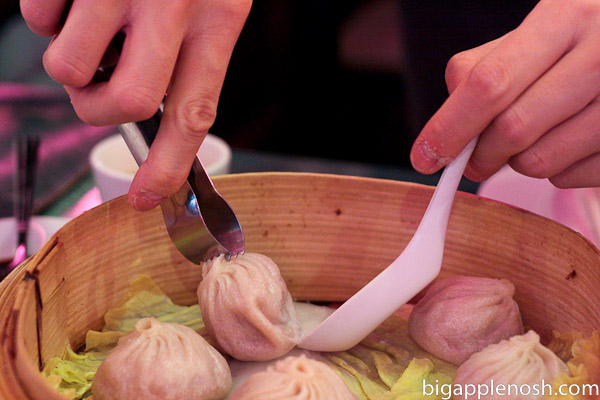 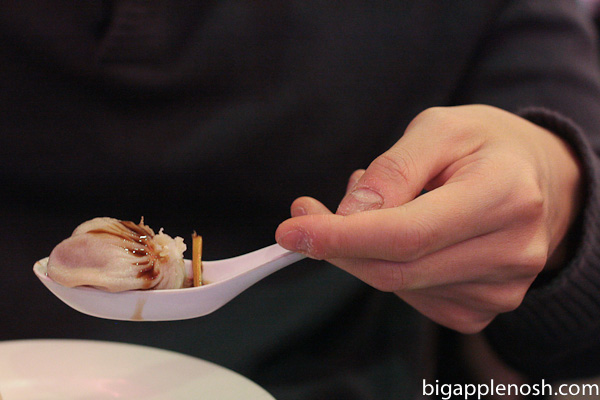 I usually evaluate a restaurant’s xiao long bao on the following: skin (must be tender but not too thin), filling (quality AND quantity), and soup (generous or stingy?).  Joe’s Ginger lived up to all three criteria, with delicate skin, generous filling, and flavorful soup and plenty of it.

We also sampled a few other dishes: 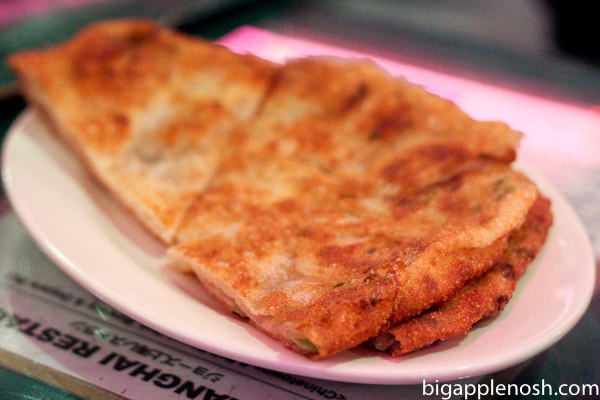 The scallion pancakes were superb – hot and greasy but not overly so.  My eating buddy, dare I say, enjoyed these pancakes more than the dumplings. Whoa! 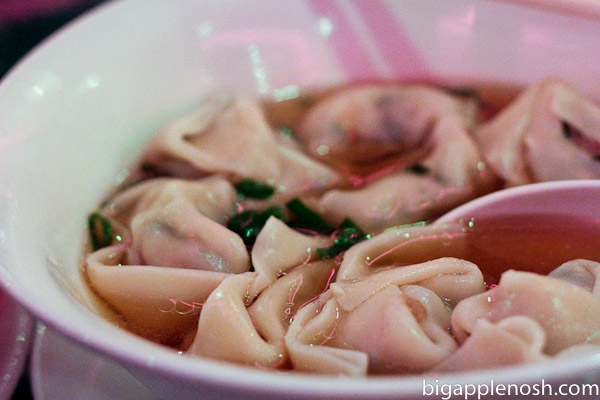 We also ordered the wonton.  They were thick-skinned wonton, vs. the paper-thin type, but these were also scrumptious as well. The broth was rich and meaty and the dumpling filling…filling.

Joe’s Ginger is a great alternative to its busier, more touristy sibling just down the street.  When you stop by, make sure to order the xiao long bao (duh) but also venture into some other appetizers on the menu.  You won’t regret it!

Up there, as far as soup dumplings go.

How many of you have had soup dumplings before?