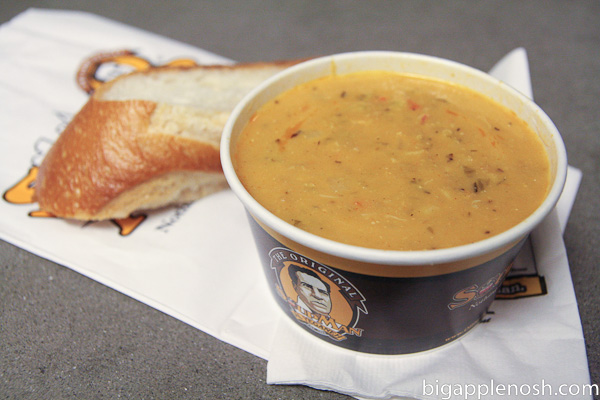 I was recently invited to try a free cup of soup courtesy of The Original Soupman.  As it was a sponsored meal (a rare occurrence – this was my second freebie), I’m not giving a rating – you can see my sponsored meal policy here.  Now that that’s out of the way, let’s get started, shall we?

If you were ever a Seinfeld fan, you probably have watched that classic episode involving soup and an over-elaborate ordering process. Well, true to form, The Original Soupman is a chain of soup joints that branched out from the legend soup master.  When I went to the Financial District outpost, there was no such ordering process; however, an imposing figure did greet me: 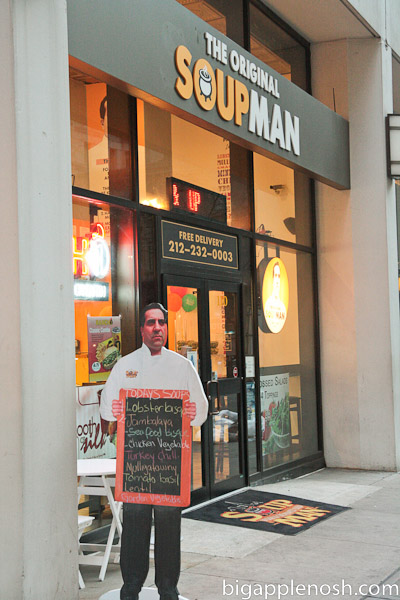 Undeterred and motivated by the prospect of sponsored soup, I entered and evaluated my choices.  Featured that day were lentil, mulligatawny, seafood bisque, jambalaya, split pea and tomato. 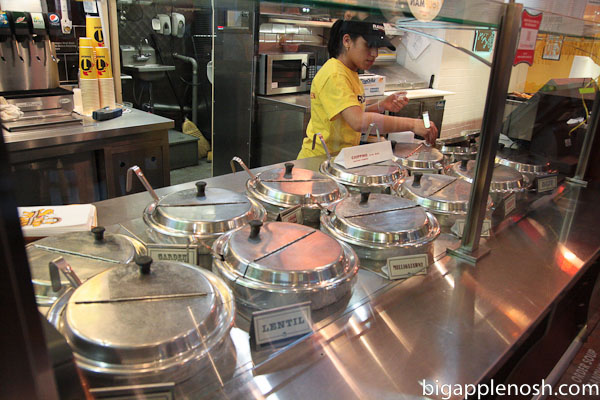 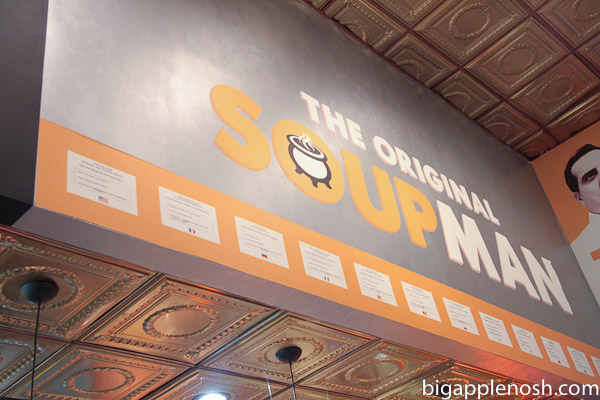 My heart was set on one of my personal soup faves though – the lobster bisque (first photo).  The soup is served with a hearty chunk of baguette; I looove carbs!  But how was the bisque?

This is definitely my personal preference, but I tend to favor bisques that are creamy, rich and thick.  While The Original Soupman‘s bisque was indeed generous with the lobster meat, it was not as creamy as I like – with a focus more on the broth than the cream.  Soooo, if you prefer a more brothy bisque, this will be for you.  If you’re looking for a creamier, pink-ish bisque, this definitely isn’t it.  That’s not to say I didn’t still finish it!  In all, I’d be willing to give the Soup Man another go, this time sampling a different soup.

What’s your favorite type of soup?