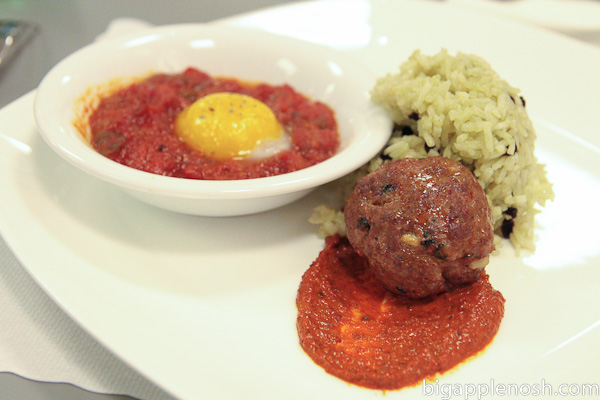 I recently had the pleasure of attending a DeGustibus cooking demonstration by Chef Michael Solomonov, who specializes in Israeli cuisine.  His Philadelphia restaurant, Zahav, is renowned, with Chef Michael recently honored with a James Beard Foundation award. I’ve thus far had limited exposure to Israeli cuisine, but I loved what I’ve tried – so I was especially looking forward to this class.

You could see that the demonstration set-up was quite nice, with the requisite angled mirror: 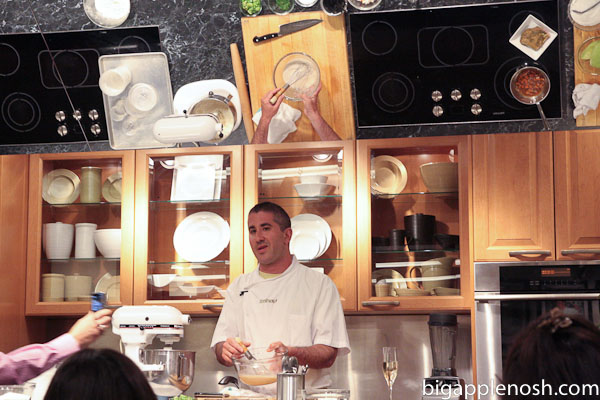 with Chef cooking and us, um  – eating.  I could get used to this!

We first started with Gondi (chickpea balls) in broth.  A staple at Jewish/Perisan Shabbat dinners, Gondi are often served as hors d’oeuvres before the dinner starts: 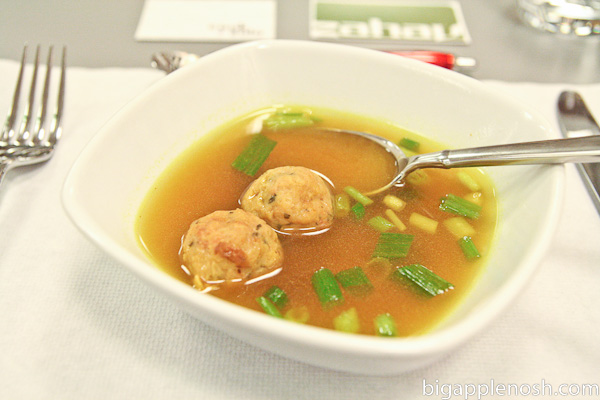 We then moved onto the hummus-tehina, topped with crispy lam belly with fava beans: 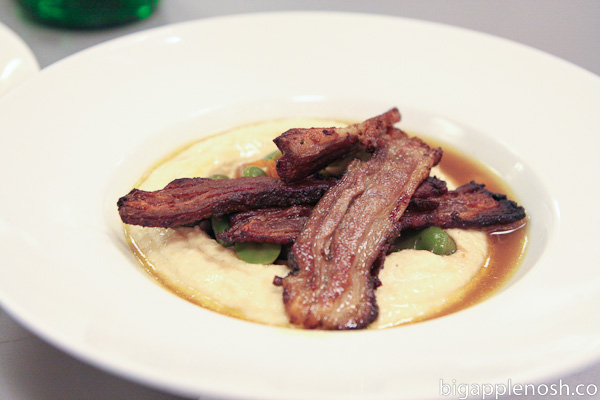 I’m usually not the biggest fan of lamb, but this lamb belly was crispy, fatty and satisfyingly meaty without the game-y aroma I usually associate with this meat. While my heart will always belong to pork belly and duck fats, I was pleasantly surprised by lamb belly. The fava beans and hummus-tehina were perfectly seasoned, with the humus smooth and garlicky but not overpowering.

The hummus was accompanied by laffa bread, which is similar to the pita that you might be familiar with (but oh so yummy fresh from the oven!) and simultaneously chewy and crispy: 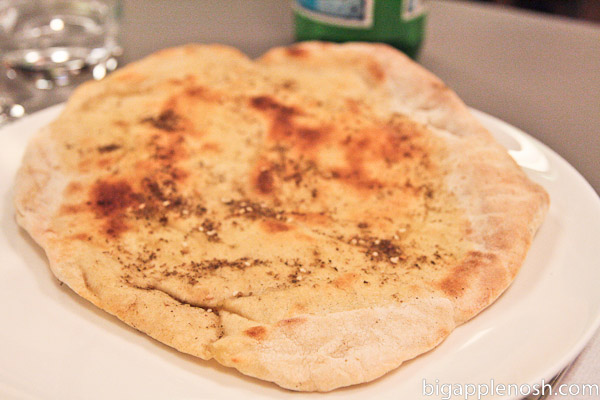 Our main course (first picture) was multi-fold – one of my favorite flavors of the night was the shakshouka, which I’d describe as similar to a stew of tomatoes, onions, peppers, and spices, topped with an egg.  Of course I broke the yolk so it was all yummy and delicious!  The shakshouka was accompanied by fresh Merguez kebab and lovage rice with almonds and barberries.  The lovage leaves added an herby, fennel-like aroma to the rice and the barberries complemented the dish with a touch of sweetness.  Deeelish.

We finished the meal with poached rhubarb with melon and whipped labaneh: 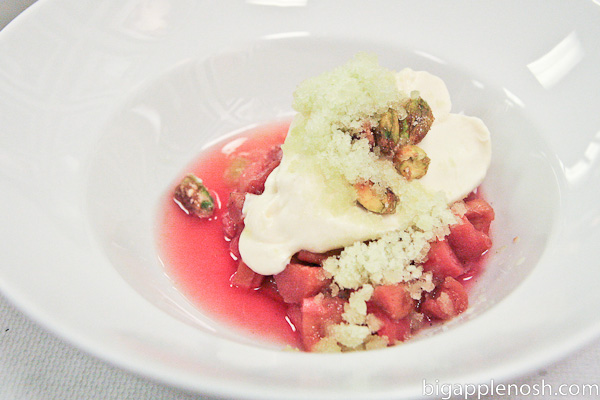 I’ve only recently gotten into the sour tangy goodness that is rhubarb – unbelievable, right? This dish was a perfect meld of flavors, textures and temperatures. The rhubarb, while chilled, maintained some warmth post-poach, the labeneh (similar to the Greek yogurt you might be familiar with) was creamy and rich, and the melon granite cool and refreshing.  A sprinkling of pistachios added a finishing touch with a nutty crunch.

I thoroughly enjoyed the cooking demonstration – Chef Michael was friendly, approachable and his knowledge of Israeli cuisine and cooking techniques was impressive.  The food was delicious and I appreciated the packet of recipes that I got to take home.  While I wish the class could have been more hands-on, I would recommend this class to a friend and consider taking another class at DeGustibus!