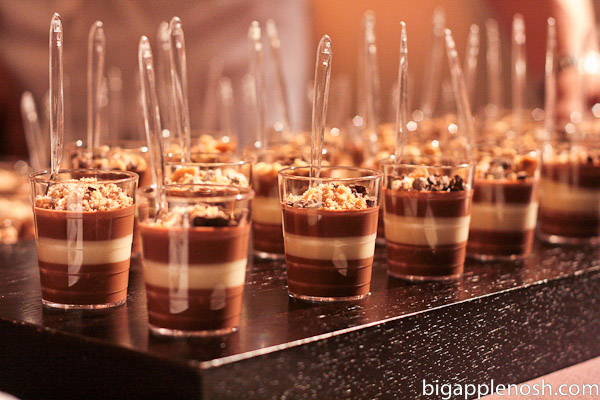 Happy Tuesday, Noshers!  As I’ve mentioned a few times, food event season is in full swing!  Okay, I don’t know if food event season is actually a “thing” – can someone enlighten me? But I do know that every year from September through pretty much the end of the year, things get preeeetty busy for the Big Apple Nosh blog.  Here is a round-up of a few upcoming events that I’ve attended in the past that I’d recommend!  I’m not confirmed to be attending all of these events this year yet, but I hope to be soon 🙂

The NYC W&FF is now entering its sixth year, and once again the schedule looks amazing!!  The festival features not only legendary chefs and restauranteurs from around the world but also a ton of TV chef-lebrities.  All of the proceeds from the four-day event benefit the Food Bank for NYC and Share Our Strength’s No Kid Hungry campaign.  There are 70+ events packed into the four days of the festival, and you can buy tickets for individual events.  Thus far, I will be attending Time Warner presents Chicken Coupe hosted by Whoopi Goldberg, as well as the Grand Tasting as a Progresso Artisan Ambassador 🙂

While the ticket prices vary pretty widely, there is a pretty extensive list of events at $100 and under (including a number of Times Talks with the likes of Emeril, David Bouley, and David Chang for $35!).

My previous visits to the NYC W&FF:

2011 Food Film Festival: the  family that owns and runs Ronnybrook Farms (where I get my milk every week!) after a film about their farm

The Food Film Festival is SUCH a fun event – it features documentaries, features and short films with food as the main subject, accompanied by tastings of the food that you see on screen!  For example, during the Ronnybrook Farms film, we munched on cookies and Ronnybrook milk, followed by Ronnybrook ice cream sundaes.  Highlights from this year’s line-up include a film on BBQ, with accompanying BBQ eats of course, The Food Porn Party (I attended last year and it was hilarious and delicious!), and Farm to Film to Table + Matt Timms’ Green Chile Takedown.  As the best food events benefit a hunger-related charity, so is the case with the Food Film Festival – proceeds from the event benefit the Food Bank for NYC!

Tickets start at $45, with prices varying by event.  I’m still waiting on confirmation if I’ll be covering the event this year, but I hope I’ll see you there – it’s a super fun and delicious time  🙂

My previous visits to the Food Film Festival:

I absolutely love covering New York Taste and am super excited to be attending again!  Now in its 15th year, New York Taste 2013 will feature NYC’s hottest chefs and mixologists.  Highlights this year include Dominque Ansel (do you think he’ll have cronuts??), David Bouley, Morimoto, and Francois Payard, just to name a few!  Proceeds from the event will go to City Harvest.  This event was cancelled last year in the wake of Hurricane Sandy, so there is a ton of hype and excitement that it is back this year!  I always leave this event utterly starstruck and completely full, so if you are considering attending this event – take the plunge and do it :).

General admission tickets are on sale now for $100, or you can get a VIP ticket and let me know what’s in that gift bag ;).

Having previously attended these three events, I highly recommend checking them out – they are food heaven for all you food-lovers out there!  As I discover new events, I will be posting about those as well – so stay tuned!

Which of the above events would you like to attend?